Our Mission is to consistently provide conclusive, unbiased, and accurate forensic investigation services with the fastest turnaround time and best customer service in the industry.
Our Company

Donan is a third-generation engineering firm that began in 1947 in Madisonville, Kentucky, by John Donan Sr., a Civil and Mining Professional Engineer. Since its beginning, the company has been family-owned and values-driven, building its reputation by being a consistent source of unbiased expertise.

In the company’s early years, John Donan Sr. offered mining design and drilling services primarily to coal companies. John G. Donan Jr., Donan’s current Chairman of the Board, joined his father’s business in 1964, specializing in soil and foundation investigations, as well as boundary and topographic surveys. The first computer in Madisonville was purchased by the company in 1965 to perform surveying calculations, giving the Donans an early reputation as innovators.

The surveying and mine businesses flourished. The company also gained large contracts for mineral appraisals. Because of his superior knowledge and experience in mining design, John Donan Sr. worked with the Kentucky Highway Department to align several major parkways through the state in order to minimize disruption and loss of coal reserves.

By the mid-1960s, Donan Engineering Inc. was regularly performing forensic engineering investigations as a result of claims against surface and underground mining companies for blasting and subsidence damage. As forensic investigation became a larger part of the business, fire and explosion origin and cause was added to the company’s services. By 2000, the company had offices in Jasper, Evansville, Indianapolis, and South Bend, Indiana, as well as in Louisville and Lexington, Kentucky. Market challenges associated with design work and ongoing growth in forensic investigations prompted the decision to focus solely on forensic engineering and fire investigation.

Today, Donan is one of the largest forensic investigation firms in the country. Since 2000 the firm has grown to more than 50 offices spanning coast to coast, with diverse service offerings including Forensic Engineering, Fire Investigation, Component Testing, UAV Services, and Litigation Support. Donan continues its legacy of innovation with constant technological development and leading-edge investigation tools. For nearly seven decades, clients have turned to us for first-rate expertise, conclusive answers, and superior insights through innovation. 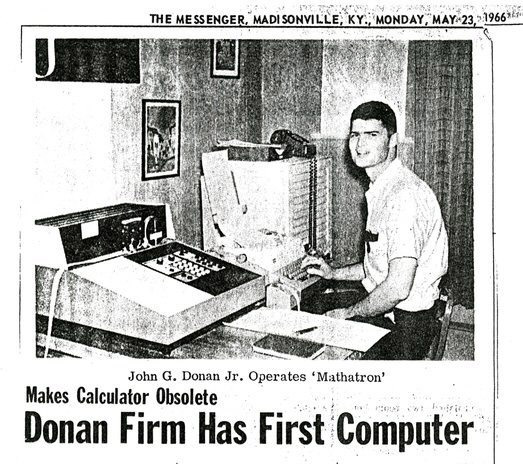 The Target
We aim to keep our work on target, exceeding our clients’ turnaround time and customer service expectations at a fair, competitive price.
The Level Rod
We strive to provide expertise that is conclusive, objective and on the level.
The Number Seven
In biblical scripture the number seven symbolizes completeness; we work to consistently deliver a complete service, with exceptional quality.
OUR EXECUTIVE LEADERSHIP TEAM

Lyle Donan is a Professional Engineer and the third-generation leader of Donan, a family-owned business formerly known as Donan Engineering. Lyle joined the company in April 2000 and currently serves as the company’s president and CEO. He is a licensed civil engineer in 14 states and a licensed private investigator.

Lyle began his formal education studying civil engineering at Vanderbilt University in Nashville, Tennessee, and graduated with a degree in mining engineering at Colorado School of Mines in Golden, Colorado. Lyle has been married for 13 years, has three children, and resides in Louisville, Kentucky. Connect with Lyle on LinkedIn.

Duane Battcher is Donan’s Chief Operations Officer where he ensures the consistency and excellence of all operations. Prior to his current role, he was the Director of Innovation and Strategic Initiatives.

Prior to Donan, he spent 28 years at a top-ten carrier where he worked in several different capacities, supporting organizational objectives in Marketing, Sales, Operations, and Accounting roles. Duane spent the majority of his career in Claims where he led numerous regional and national claim operations, as well as the design and development of property claim processes.

Duane graduated from Winona State University and holds a MBA from Lake Forest Graduate School of Management and a Certificate in Management from Darden School of Business. He lives in Prospect, Kentucky with his wife Kathy and their two children. Connect with Duane on LinkedIn.

Dan Hennessy is the Vice President of Human Resources for Donan and has served in that role since joining the company in March 2011. He oversees all human resources functions for the company including recruitment and staffing, benefits administration, performance management, safety and health, employee relations, strategic HR leadership, and training and development.

Dan’s experience and education have been highly focused on the human resources field. Prior to Donan, he spent 10 years in human resources management for a global chemical manufacturing company. Dan has a B.A. in Business Administration with an emphasis on Human Resources Management from Bellarmine University in Louisville. He has also earned his Professional in Human Resources Certification (PHR) and his Society of Human Resources Management Certified Professional (SHRM-CP) designations. Dan is currently pursuing his Master’s Degree in Legal Studies from Arizona State University. Dan is a Louisville native, is a graduate of Trinity High School, and is married with one son. Connect with Dan on LinkedIn.

Gary Mudd has more than 25 years of experience providing financial leadership and management in both the manufacturing and professional services industries. He joined Donan as Chief Financial Officer in August 2013 and oversees the Accounting, Finance, and Tax areas. Gary’s primary role is to ensure the financial stability of Donan through financial analysis, accounting guidance, business planning, cash management, tax planning, and continuous process improvements.

Gary began his career in auditing with a national accounting firm performing financial audits for companies across many industries. After public accounting, he went on to work for two large international manufacturing companies in various financial management roles.

Gary graduated from Bellarmine University in Louisville, Kentucky. He is a Certified Public Accountant and a Chartered Global Management Accountant. Gary lives in Louisville, KY with his wife and three children.

Connect with Gary on LinkedIn.

Stephen Gotlieb joined Donan as the Vice President of Information Technology in November 2016. Stephen’s primary responsibilities include developing, implementing, and supporting the IT strategy for Donan in alignment with the business needs. He brings 18 years of experience leading teams of contract programming, IT, call center support, implementation, and professional services. Stephen worked in the Healthcare Information Systems and Systems Integration industries, including 10 years with GE Healthcare. He is a 9-year veteran of the U.S. Army and Army National Guard where he served as an Armor Officer.

Stephen holds a Bachelor of Science in Business Administration, with a concentration in management information systems, from the University of Vermont. He has been married to his wife Erika for more than 20 years. They currently reside in Prospect, Kentucky and have a daughter. Connect with Stephen on LinkedIn.

David B. Riggs, PE, CFEI, CVFI, is the Vice President of Strategic Initiatives at Donan. He is responsible for the development and execution of new products, services, and technology.

In 2006, David began with Donan as their first project manager in the products lab. Since then, David has worked in nearly all aspects of Donan’s business. He has led numerous services and initiatives for a variety of customers in the insurance and litigation sectors. Prior to Donan, he worked in mechanical engineering design and construction management of commercial buildings.

David graduated from the University of Louisville with a Master of Engineering and Business Administration. He is a Louisville native, along with his wife Laurie, and their two children. Connect with David on LinkedIn.