The Grahams considered themselves responsible homeowners when it came to fireplace use and maintenance. While they lit fires in their first-floor fireplace weekly during cold months, they always burned only seasoned firewood. Due to unusually warm temperatures, they used it only once in the winter of 2020-21. They were surprised when a local chimney cleaning company informed them that there had been a fire that had damaged the flue since the flue’s last cleaning.

The Grahams’ insurance company engaged Donan to determine whether a fire had indeed damaged the chimney and, if so, when and how the ignition sequence occurred. Like all of Donan’s certified fire investigators, Rudy Jimenez firmly grounded his investigation process in the scientific method and National Fire Protection Association (NFPA) guidelines.

The on-site fire investigation began with an interview with Mr. Graham to obtain background information on the property and maintenance records on the fireplace and chimney. Mr. Graham reported that, until now, they had experienced no problems with the insert or chimney since his family had moved into the house almost 15 years before. He stated that they had the chimney flue cleaned every four to five years.

After the interview, Rudy began his observations with an exterior survey of the property. He found no creosote buildup on the exterior of the chimney, though he did note oxidation, mortar degradation, and longitudinal fractures around the flue tile. 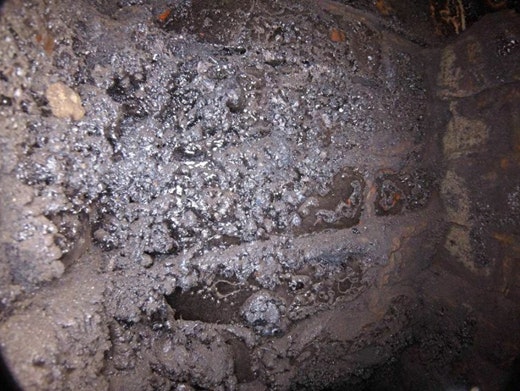 Creosote, seen here built up in the Grahams’ smoke chamber, is a black, tar-like substance formed inside a chimney when smoke does not entirely escape.

Rudy’s interior inspection followed a systematic approach, working from the areas of least fire damage to the area of the greatest fire damage. The chimney cleaners who reported the fire had by this time removed, cleaned, and replaced the fireplace insert. Rudy found the insert to be in good condition, though the sides, upper walls, and doors contained a large amount of creosote buildup. The insert transition to the smoke chamber also contained creosote buildup and shiny layers of burned creosote.

Study of the smoke chamber and chimney flue revealed more layers of puffy and shiny creosote on the flue tiles, along with mortar degradation and broken flue tiles. Rudy advised Mr. Graham that in its current condition, the chimney was not safe to use.

The presence of cracked flue liners, longitudinal fractures, and accumulated creosote all indicated that a chimney fire occurred at some point in the past. These indicators also point to a lack of maintenance on the chimney, supported by Mr. Graham’s assertion that they have their chimney cleaned once every four to five years (the NFPA recommends annual cleaning).

Rudy determined that heat from a normal fire in the fireplace ignited the creosote in the flue, which grew into a significant chimney flue fire. Because the Grahams had not observed any indication of a fire, it was not possible to determine when the fire occurred.

Mr. Rudy Jimenez joined Donan in 2013 and currently holds the position of Senior Fire Investigator based in Louisville, Kentucky. He has 32 years of fire service experience, with eight of those years in fire investigation. Rudy has investigated over 900 fires in his career, including residential, commercial, and vehicle fires. He has served as an arson investigator and has extensive courtroom testimony experience. 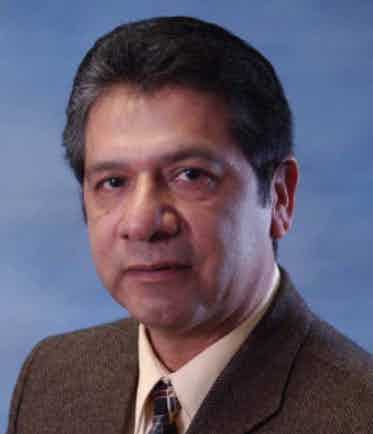