Remodels can give a property an updated, more personal look, but they can also uncover some unpleasant realities. That was the case for the new tenant of an office complex. This building was constructed in the 1980s and is a two-story, wood- and steel-framed structure with stucco finish. The new tenants set out to make the space their own but quickly contacted the building owner, Mr. Barnes,* to report termite and water damage throughout the building.

Mr. Barnes’s insurance company contacted Donan to determine the cause, extent, and duration of the deteriorated wood framing reported by the tenant. Christine Conner, P.E., arrived on scene and interviewed Mr. Barnes, learning that no major repairs had been done to the office building within the last 10 years.

As a result of the renovations, wall framing was exposed throughout the building. Gypsum sheathing labeled “water-resistant” had white and black fungal growth that sometimes extended onto the wall studs.

Brown stains with multiple rings, indicating more than one water intrusion event, were on several of the sheathing panels. Christine found dark fungal growth concentrated around rusted fasteners in the sheathing.

Several areas of the gypsum sheathing panels were deteriorated in addition to containing fungal growth, and several wood framing members were missing from the wall structure. Mud tubes and rough galleries, which are indicators of termites, were among the deteriorated walls. 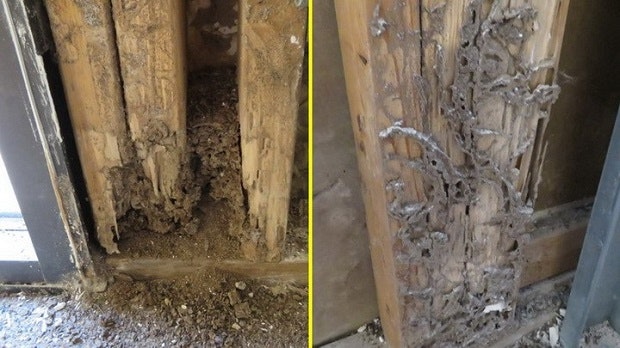 On the exterior of the building, Christine documented black and green fungal growth on the bottom of a 30-foot fence about 3 feet from the building. The exposed concrete of the foundation had similar fungal staining. She measured the adjacent ground at slope less than 5% away from the foundation.

While stucco, such as the exterior finish of this office building, is water resistant, it is not waterproof and therefore requires points of exit for water that enters the wall assembly. Christine determined that the stucco on the building had insufficient drainage points, which allowed water to become trapped inside the wall assembly.

In addition, the rough galleries and mud tubes within the wall framing were consistent with termites. Termite activity is often found concurrently with framing exposed to moisture. The termites accessed the wall due to a lack of clearance from the ground surface to the bottom of the wall. Their subsequent activity within the wall structure further damaged wood that had been extensively deteriorated from the water exposure.

Research on the effects of water exposure over time has found that constantly wet wood develops dark stains faster than intermittently exposed wood, so the discoloration throughout the walls combined with stains on the fence and foundation indicated long-term, constant exposure to moisture. Christine used the evidence to determine that the water intrusion and termite damage resulted from the original construction methods. Inadequately flashed windows, wall penetration leaks, and insufficient site drainage away from the building contributed to long-term and repeated water exposure leading to mold and wood rot.

*All names outside of the Donan organization have been changed.

Christine Conner, P.E., joined Donan in 2019 and currently serves as a Forensic Engineer based out of the firm’s Austin, Texas, office. She began her engineering career in 2012 and has worked in the forensic and civil engineering industries. Her areas of expertise include concrete construction/design, construction defects, light commercial structures, residential structures, and residential structural warranties, among others.

Christine is a licensed professional engineer in Alabama, Arkansas, Florida, Louisiana, Mississippi, and Texas and holds a Bachelor of Science degree from Texas A&M University in Civil Engineering. 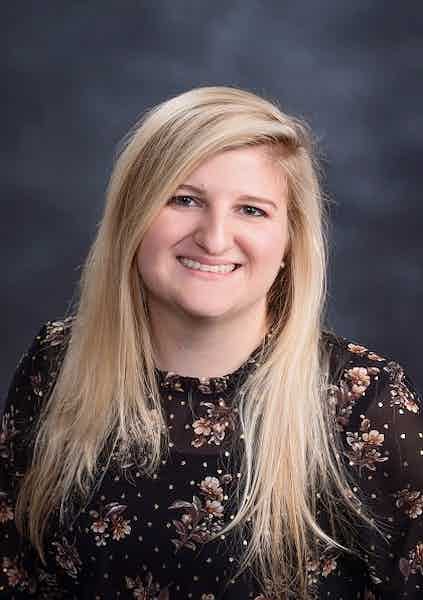