Most households and businesses rely on water heaters, and it's usually very obvious when they fail to function as intended. An adjuster contacted Donan's Loss Logistics team to pick up a water heater in Georgia for an inspection at Donan's Component Testing Lab (CTL), which would identify the failure and determine its cause.

Within minutes of receiving the assignment from the adjuster, a Loss Logistics representative reached out to the contact and arranged same-day pickup of the water heater. The specialist photographed the evidence to document its condition before wrapping it and securing it in the back of the Loss Logistics vehicle.

The water heater arrived at the CTL in Simpsonville, Ky., a 365-mile journey, the same day. The Loss Logistics team provides an unbroken chain of custody and care that eliminates lost, damaged, or stolen evidence. The adjuster received notifications upon pickup and receipt at the CTL. 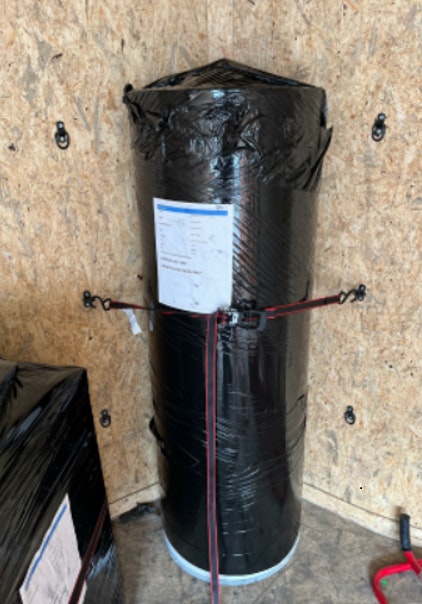 Matt Parsons, P.E., CFEI, CVFl, inspected the water heater the next morning to determine the cause of failure. The water heater was 18 months old. It was a natural gas-fueled, automatic storage heater designed to hold 40 gallons. Its maximum working pressure was 150 pounds per square inch (psi).

To determine the cause of loss, experts at the CTL inspect each component in an appliance. Matt observed dents and scratches on the water heaters outer cosmetic shell. He noted water stains on top of the water heater near the outlet nipple fitting. The inlet and outlet nipple fittings were intact and free of damage. In this instance, the drain valve proved to be the point of failure.

The drain valve's manufacture date was 22 months prior to this inspection. It was constructed of plastic and contained internal rubber seals. The CTL received the drain valve in a closed position.

To test the water heater, Matt connected inlet and outlet valves to the drain valve and hooked it up to a domestic water supply delivering about 55 psi of pressure, within the typical household range of 40 to 80 psi. The outlet valve remained closed, but during testing water leaked from the outlet valve at about 1.8 gallons per minute.

Matt has seen more than 50 similarly failed drain valves during prior forensic examinations. Through his empirical observations, prior destructive testing results, and use of the scientific method and destructive testing, he concluded that the failures were caused by degradation of the rubber within the drain valve. The degradation was only on the wetted surface of the seal, suggesting it was caused by exposure to the water supply. Some rubber seal materials are not compatible with chlorine and/or other water supply additives, which are added for the purposes of disinfection, if they are not formulated and/or processed correctly. 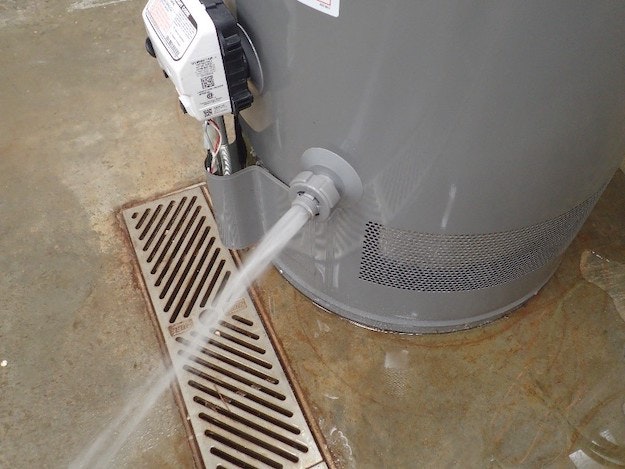 Water leaked from the outlet valve during the testing process due to degradation of the watertight seal.

Matt determined that the probable cause of failure on this water heater was a manufacturer's defect associated with the material, formulation, and/or processing of the drain valve seal, which caused it to prematurely degrade when exposed to foreseeable operational conditions. This particular water heater was protected by a 6-year limited warranty.

Matt Parsons, P.E., CFEI, CVFI, joined Donan in 2017 and currently serves as a Senior Forensic Engineer and Engineering Manager based out of the firm's Component Testing Lab in Simpsonville, Ky.

He began his engineering career in 2006 and has worked in the homeappliance industry. He has previous experience serving as a product safety and design engineer, and his areas of expertise are fire investigation and product mechanical failures, among others. 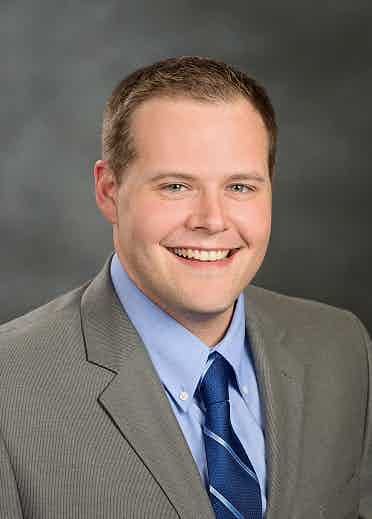