Like many homeowners in the Florida Keys, the Gomez* family evacuated their home before Hurricane Irma swept through in September 2017. They reported that, upon their return, several ground-level elements were missing or displaced, and the second level of the house showed signs of storm damage. An engineering report from another consulting firm advised that the Gomez property should be demolished and rebuilt due to damage from hurricane-force winds.

A year after the storm, the Gomezes’ insurance company requested that a Donan engineer, Nazario Ramirez, inspect the property to determine the extent of wind and water damage from Hurricane Irma. Nazario collected Mr. Gomez’s firsthand account of the home’s history and condition, then started in on weather research. He learned that the Gomez property was 12 miles from the hurricane’s centerline, and had been subjected to 62 mph sustained winds, 94 mph gusts, and 15 to 20 inches of rainfall. 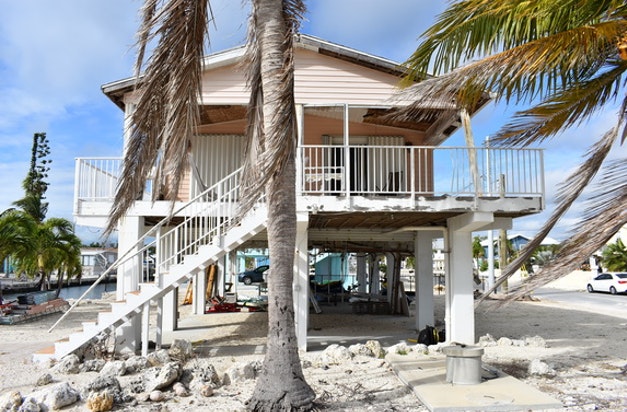 The Gomez property is supported by columns, and the interior living space is surrounded by a balcony.

After interviews and research, he began his on-site observations. While debris was on the property, Nazario observed no high-water marks, which would indicate the level standing water reached, on the interior or exterior of the house. The foundation was also free of undermining. A few of the supporting columns on the exterior had 1/8-inch-wide cracks that contained light-colored rust stains. ZipLevel readings confirmed that walls, columns, decks, and floors were plumb and level. Nazario observed mold growth on some areas of the interior ceiling and walls.

Some exterior cameras, handrails, and vinyl siding indicated wind damage. On the structure itself, the majority of the wind damage Nazario observed was cosmetic. However, approximately 75% of the shingle-covered portion of the roof was missing, torn, or displaced in a manner consistent with high winds.

United States Geological Survey gauges as well as high-water marks on nearby houses indicated that water between 4 and 8 feet high inundated this property. The house’s location 55 feet from shore means it took the brunt of a storm surge during Hurricane Irma. However, because the living portion of the structure is elevated by columns, the water failed to reach the interior of the house.

After major events, it’s not uncommon for homeowners to assume an all-or-nothing stance about damage, when the evidence often paints a difference picture. While the Gomezes’ roof was wind-damaged enough to require replacement, the situation was less dire than the first consultant’s assessment implied. The house was not structurally damaged by storm surge forces or wind and did not require demolition.

Donan engineers like Nazario are pleased when the evidence they document reduces time, expense, and stress for all involved.

*All names of parties outside of Donan have been changed.

He is a licensed Professional Engineer in Florida, Texas, and Puerto Rico. He holds a Master of Engineering from Texas A&M University and a Bachelor of Science degree from the University of Puerto Rico, both in Civil Engineering. 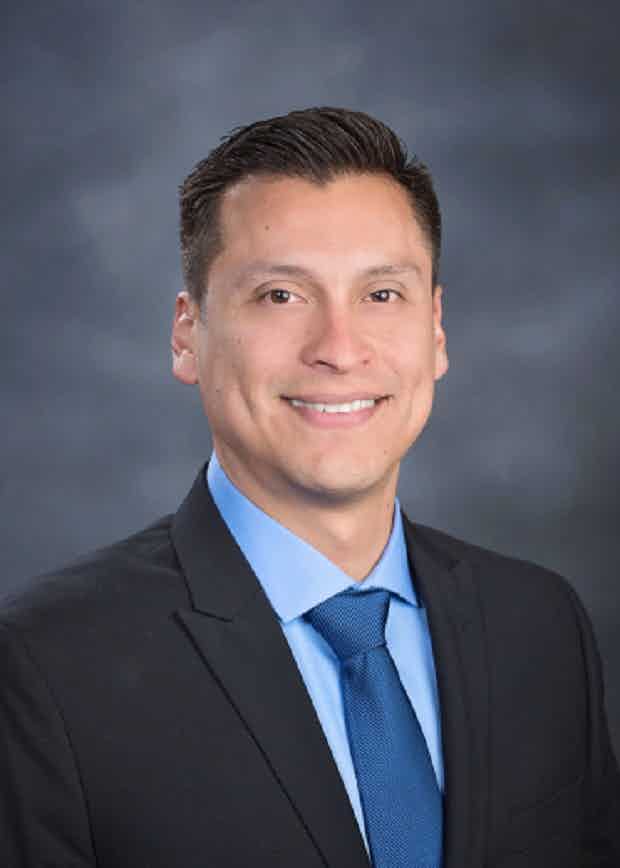