Home / Common Window Failures and How to Find Them

Common Window Failures and How to Find Them

Windows are an essential part of a home, but they’re vulnerable to age- and weather-related damages, as well as manufacturing defects and improper installation. Window failures can lead to serious malfunctions in the interior and exterior of a home, particularly regarding water intrusion, which can further damage the window’s frame, interior drywall, and the frame of the home itself. Following a window failure, knowing what happened and how is crucial to restoration and prevention of future losses. 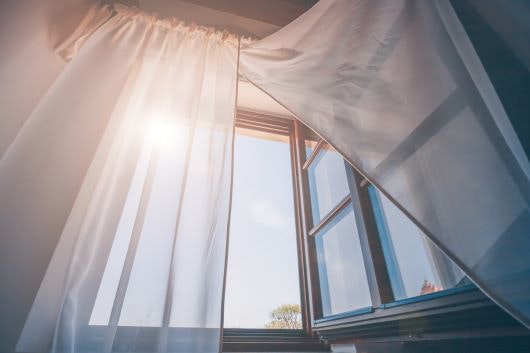 Windows are a beautiful and functional feature in a home; however, failures can result in other repercussions.

Hail and wind damage affect different window components. Hail can damage window cladding, frames, or glass. Most commonly, hail causes dents in metal cladding, fractures in vinyl cladding, tears in window screens, or abrasions in wooden components. Large hail can cause dents in metal window frames. Unless the dents affect the way windows open or close, the damage is cosmetic, rather than functional. Large hail can break glass panes.

Cladding, frames, and window screens could also be dented or torn by windborne debris.

Functional wind damage includes broken glass, most commonly from windborne debris, or displaced window units. Wind pressure can break the seals of double-paned windows, which can result in loss of insulation. Double-paned windows have two panes of glass with an air gap between them. When windows are compromised, warm, moist air enters the gap, creating condensation, which is often described as fogging. Many of these damages could lead to water intrusion into the wall cavity and framing of the home.

There are times when it’s fairly clear that a loss is related to a weather event, but expert investigators can determine the extent of a failure. For example, a property was affected by a Category 4 hurricane with estimated wind speeds of 155 miles per hour. Winds had blown the porch away, damaged trees, and left a hole in the roof. While there were no cracked sealants in the interior framework, there were drywall cracks, and some windows could not be opened easily, or at all. The exterior sealant was around 12 years old and featured age-related cracks.

An inspection completed using the scientific method determined that two windows had cosmetic dents, seven window screens were damaged by windborne debris, and three windows were damaged by high winds. With this information, the homeowner could make an informed decision about how to proceed to restore their home. 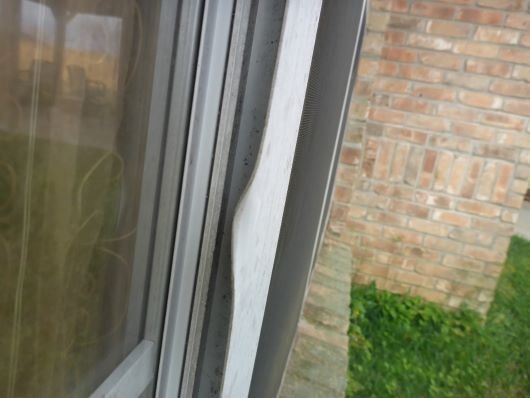 This aluminum window cladding has experienced impact damage due to either windborne debris or hail.

Age can also take its toll on windows. Sealants dry and crack over time, leaving avenues for water to enter the wall cavity, if they are not replaced or repaired over time. Wooden window framing that is not painted every five to seven years retains moisture and is subject to rot, while the framework for both wooden and aluminum windows can expand and contract with temperature changes, creating space for water intrusion.

The glass itself also expands in warm weather and contracts in cold weather. This repeated movement can cause glass to fracture. In double-paned windows, this flexing motion can cause the seals between the panes to fail, resulting in window fogging.

Expert investigators can use their knowledge and experience to determine the cause of a failure. A homeowner once reported that some of their 19-year-old, double-paned windows fogged after they power washed their home. The home’s exterior was finished with wooden shingles, which were tight against the windows’ trim work, meaning that the windows had not moved within the wall. There were no elevated moisture levels around the windows inside the home. Most of the condensation gathered near the metal spacers. The expert determined that this damage was consistent with age-related deterioration of the window seals. 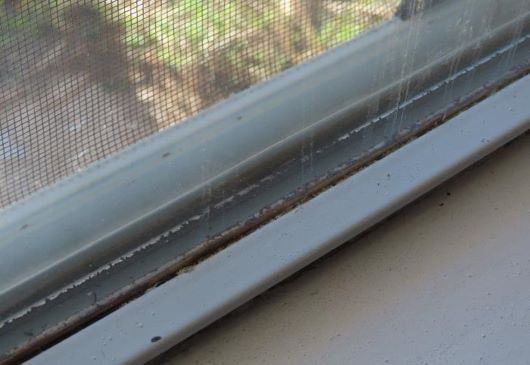 This rusted spacer indicates water intrusion has occurred over a long time.

Homeowners may not be aware of it immediately, but it’s possible for windows to have issues from the beginning of their service lives. Windows are manufactured in highly controlled environments, so manufacturing defects are uncommon, but they do occur.

One of the most important concerns for manufacturers is ensuring that windows are tightly sealed to prevent water intrusion. The top and bottom sashes of double-hung windows may not have a firm seal where they meet in the middle of the window. Leaks can also occur around joinery seals where side rails meet the miter joints, the places where two pieces of wood or aluminum meet at 90-degree angles, forming a corner.

Problems are more likely to occur during installation in the field. Windows not mounted properly may allow water intrusion. Corrosion-resistant flashing must be installed with every exterior window. Flashing is designed to direct water down and away from the home, preventing water intrusion into the wall cavity and framing components. Poorly installed or missing flashing may direct water into the home, rather than keeping it out. 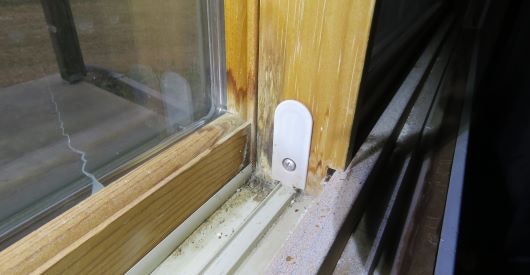 Donan Engineering is an industry leader in forensic engineering, providing objective conclusions that are sound, documented, and unbiased. Donan provides relevant information about losses and clear explanations about the perils involved based on close inspection, expert knowledge, and the scientific process.

Contact us at 800-482-5611 or donan@donan.com to learn how we can help you with your window investigations. Submit a project to get an assignment started now.