Home / 3 Lessons About Structural Damage to Learn from Hurricanes

3 Lessons About Structural Damage to Learn from Hurricanes

Hurricanes and other tropical storm systems leave severe damage in their wakes, some of which might not be discovered and assessed for months afterward. It can be a challenge to determine if damage was caused by winds, water-related forces, pre-existing conditions, or something else entirely. Hurricanes have three important lessons to teach about evaluating the cause and extent of related damages. 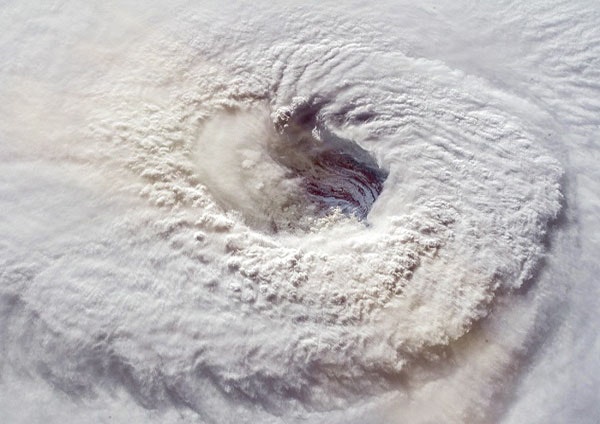 This image of Hurricane Florence shows the signature rotation of a tropical cyclone.

Lesson 1: Location Is Everything

It’s important to know the property’s location relative to the center of the hurricane when assessing the reported storm damage. Naturally, the closer a property is to a storm, the more damage it’s likely to sustain. However, there are other factors at play.

The nature of hurricanes can teach us what impacts to expect. These storm systems feed on the ocean’s heat and evaporating water. As a storm travels inland, it’s cut off from the warmth and moisture it received from the ocean and weakens.

For instance, Hurricane Ida made landfall near Grand Isle, Louisiana, as a Category 4 hurricane with 150 mile-per-hour maximum wind speeds. As it moved toward New Orleans, it dropped to a Category 3, and then to a Category 1 hurricane as the center passed Baton Rouge. Finally, it diminished into a tropical storm and then a tropical depression before it left Mississippi.

Properties in Jackson, Mississippi, were affected by the tropical depression, but the damage was much more severe in the areas that experienced the stronger stages of the storm system. Understanding the severity of a storm as it passed over a property can help determine if damage is consistent with the perils generally associated with that storm category.

In addition to the severity of the storm as it passes over a property, damage is also affected by the side of the storm the property is on. A hurricane north of the equator rotates in a counterclockwise direction as it heads toward land, driving the highest wind speeds and storm surges onto its right-hand side. While hurricane-related winds and rain can still be felt hundreds of miles away, properties to the right-hand side of a storm’s center are at risk of suffering more damage than properties to the left-hand side.

When determining causes of loss, a structural engineer may be required to confirm that reported damage is consistent with the property’s relative position, or if another peril is at play. 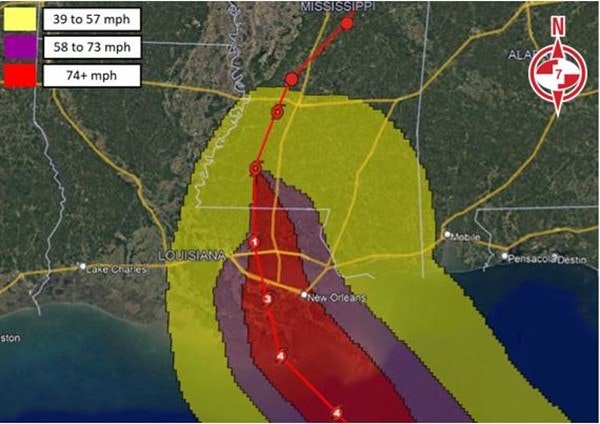 A building’s age is a major factor in how much structural damage a property suffers. This isn’t just an issue of deterioration – it’s a matter of the construction itself. Building codes change and improve over time.

For instance, Hurricane Andrew devastated Florida in 1992, and it led to a major overhaul of building codes that improved the performance of construction materials, including roof coverings. These updates reduced damage from cascading failures, such as windborne debris from one building failure resulting in damage to downwind structures.

A structural engineer will need to consider the age of construction when assessing the structural integrity. 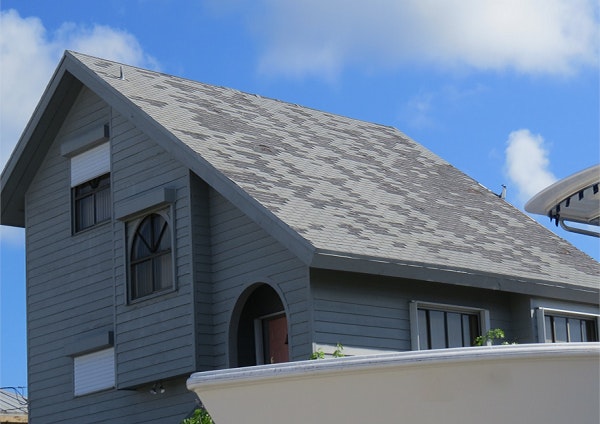 Building materials, including roofing, have improved in recent decades.

Lesson 3: Failures Start at the Top

Improved building codes have reduced roof failures, which is important because hurricanes have taught us that wind-related damages start at the top. Wind pressure increases with height, so roofs are particularly vulnerable to hurricane winds. The weaker, non-structural components like the roof covering will be damaged first – starting with the roof edges, rakes, hips, and ridges, often due to inadequate attachment during installation. Failure typically starts on the windward side.

If a structure’s roof fails, the walls and other components lose the roof’s structural support. The wind pressure inside the building increases, which can lead to collapse. The last section of a building to fail in a hurricane is the foundation.

An engineer with expert knowledge and experience can determine if structural damage is consistent with this top-down, outside-in pattern. 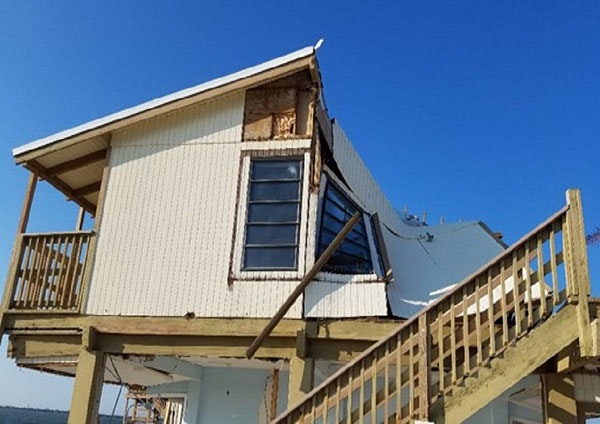 A roof failure on this elevated structure caused the exterior walls to collapse.

Experts learn about storm impacts as hurricane strength and prevalence continue to increase. This knowledge is necessary to determine if damage is related to a storm or another peril. Donan Eng﻿ineering has a nationwide network of engineers, who provide efficient responses to a variety of catastrophic events, including hurricanes and tropical storms. Many of Donan’s project managers are licensed in multiple states, allowing Donan to direct its engineers to high-need areas. Donan provides relevant information about losses and clear explanations about the perils involved based on close inspection, expert knowledge, and the scientific process. 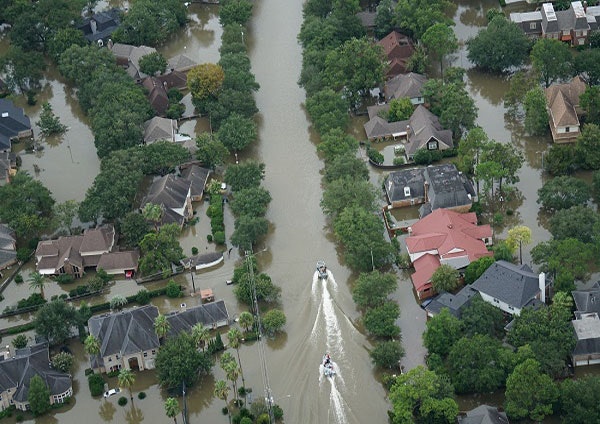 When catastrophic events like Hurricane Harvey occur, Donan is ready to respond.

Donan Engineering is an industry leader in forensic engineering, providing objective conclusions that are sound, documented, and unbiased. Donan provides relevant information about losses and clear explanations about the perils involved based on close inspection, expert knowledge, and the scientific process.

Submit an assignment to get your tough questions answered by Donan experts using the scientific method. Want to learn more about the process? Contact us at 800-482-5611 or donan@donan.com.