When confronted with a building project, a contractor has a decision to make – to hire an engineer, or to use a prescriptive detail.

Confronted with the extra costs involved in hiring an engineer, it is tempting for the contractor to forgo that step and go forward without an engineer.  The temptation is increased when the structure is something as simple as a wall, and a standard prescriptive detail is allowed and even made available by the local jurisdiction.  However, where does the responsibility lie when such a detail fails to produce a structure capable of withstanding extreme events, such as the 100-year storms required by the code?

A case in point involves a prescriptive detail available from a County Planning and Development Department which states that 4-inch-thick, 6-foot-high masonry walls do not require an engineered, sealed design drawing to construct.  Fence details for walls meeting the 6-foot height limitation are available on the Planning and Development Department website (Figure 1). 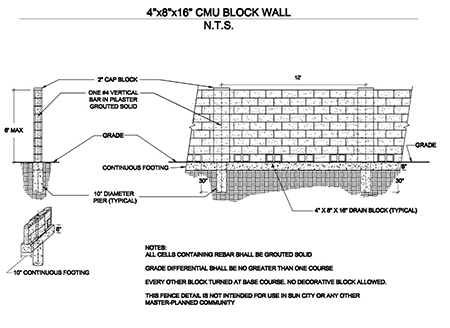 The prevalence of the use of this detail is evident throughout the county in Arizona (Figure 2).  Many properties within the Phoenix metro area are enclosed with walls built according to this detail (including the author’s house).  These walls perform well in the highly populated areas, where the density of houses and buildings reduces the wind forces on structures.  These areas are defined as Exposure Category B in the ASCE 7 standard “Minimum Design Loads for Buildings and Other Structures,” which is adopted by most jurisdictions, including the county.

Figure 2:  Fence Wall Built According to the County Prescriptive Detail.

More rural areas are typically defined as Exposure Category C in the ASCE 7 standard.  These more sparsely populated areas experience higher wind forces, and structures constructed in these areas are prescribed higher design wind loads by the building code.  The problem with the prescriptive detail provided by the county is that it does not produce a fence wall capable of withstanding the increased wind loads in these rural areas.  The author has inspected several walls constructed according to this prescriptive detail in rural areas which failed during high windstorms (Figures 3 and 4).  Calculations and research revealed that one failed wall’s capacity was not enough to withstand even half of the maximum expected wind speeds given in the code in force at the time the wall was constructed.

Although it is tempting to forgo an engineer when constructing structures as simple as fence walls, the risks involved must be considered.  Even when such a structure follows prescriptive details provided by the local jurisdiction, the responsibility for producing a safe and reliable structure should outweigh the potential cost savings by short-cutting properly designing a structure.  The local jurisdiction providing the detail will typically not be responsible for repairing or replacing the failed structure.  This responsibility lies with the contractor, insurance company, or homeowner.  This principle applies to both new construction and restoration.  When estimating the costs of rebuilding or repairing a structure following a storm event, the involvement of a design professional should be included.  Chances are, one major reason for failure of the original component is that a design professional was not included in the first place. 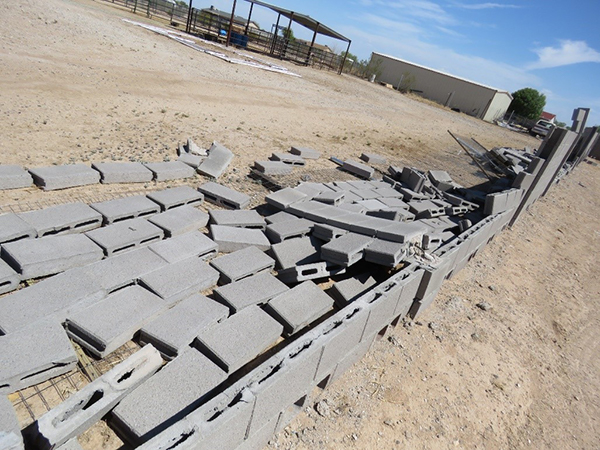 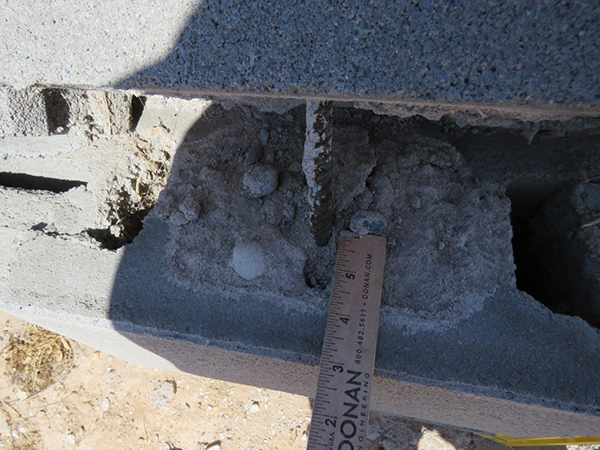 Figure 4:  Close-up of Failed Fence Wall Built According to the County Prescriptive Detail.