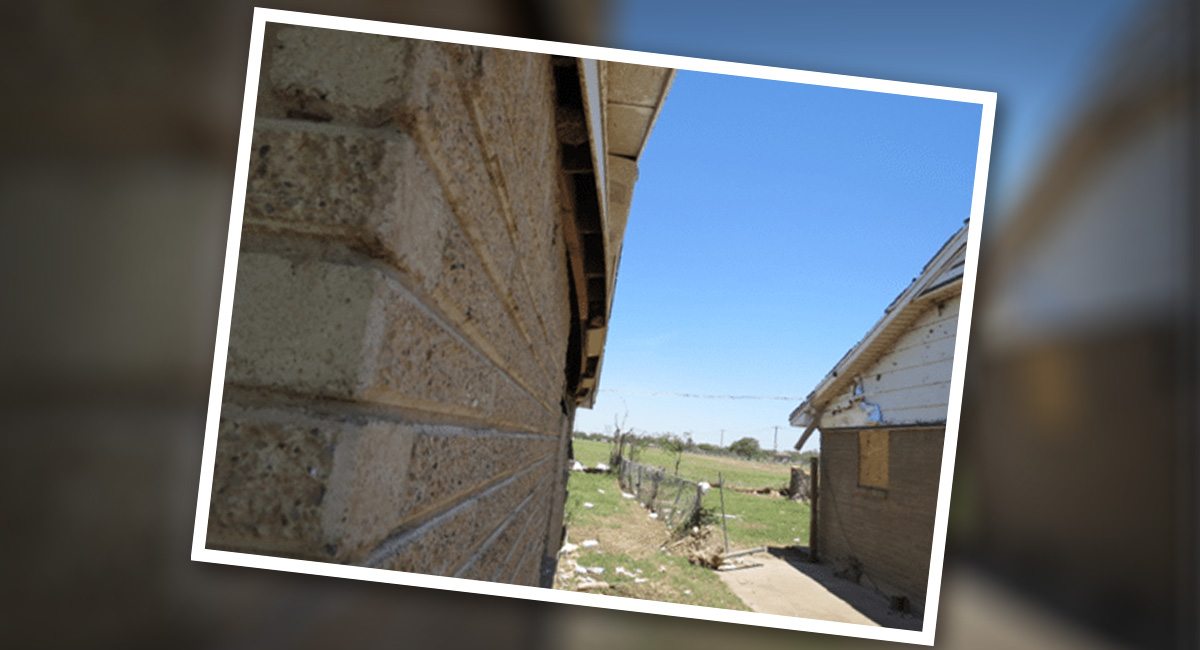 One disadvantage of shallow foundations is settlement.  Structural loads such as the self-weight of building components (aka Dead Load) and superimposed live loads (i.e. occupancy loads, snow loads, etc.) are transferred from foundations to the soils below the structure.  When the underlying soil experiences these forces, it compresses and distributes the loads to the surrounding soil.  Virtually all structures built upon soil experience settlement because of compression of the underlying soil.  The specific characteristics of settlement including rate and amount of settlement vary widely because of the variation of soil characteristics and construction practices.  Settlement may occur immediately after loading and stop immediately, or it may continue for many years.  The best ways to control settlement are to use proper soil to support the structure, to compact the soil to the proper density, to build on a consistent soil type within a building footprint, to construct foundations to the specified depths, and to manage surface water drainage around foundations. 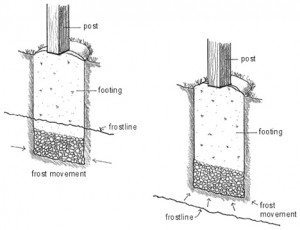 Moisture within soils can greatly impact the effects of settlement.  Well-compacted and maintained soil has two physical properties that allow it to hold together: cohesion and shear resistance.  The first of these is the attractive nature of the particles, or cohesion.  Moisture in the soil can neutralize this attraction.  The second property is shear resistance.  Because of their shape, individual soil particles rub against one another and lock into place.  As the soil moisture increases to a point where the buoyancy overcomes the interlocking shape of the particles, the soil’s ability to carry weight decreases.  In other words, as the moisture in the soil increases, the soil’s ability to carry weight decreases.  Proper embedment of shallow foundations allow the bearing soils to remain compacted, helping to maintain cohesion and shear resistance and negate the effects of moisture within the soils.

Soils below shallow foundations can freeze in the winter, causing the foundations to heave upward and then settle downward when the frost melts.  Frost protection of foundations has long been addressed in building codes such as the International Building Code (IBC), the model building code adopted nearly throughout the United States.  Section 1809.5 of the 2012 IBC states:
1809.5 Frost Protection.  Except where otherwise protected from frost, foundations and other permanent supports of buildings and structures shall be protected from frost by one or more of the following methods:
1. Extending below the frost line of the locality;
2. Constructing in accordance with ASCE 32; or
3. Erecting on solid rock. 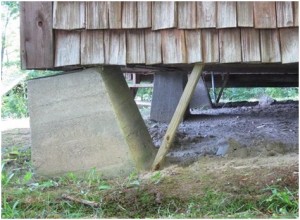 Method 1 is the most common as individual jurisdictions provide state specific building codes as supplements to the adopted edition of the IBC and herein identify frost depths specific to cities and towns within the jurisdiction.  Method 2 refers to alternate methods of frost protection as insulation designed to protect foundations from frost.  Method 3 provides the exclusion of constructing foundations on solid rock as frost protection is not required in this situation.

In regions with seasonal weather extremes, such as New England, home owners and residents begin to spend more time outdoors as the weather breaks from 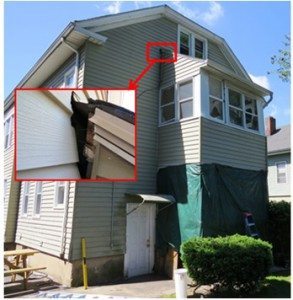 Figure 3: Separation of an enclosed porch due to settlement.
Source: http://woodgears.ca/cottage/foundation.html

the wintery conditions to warmer spring and summer weather.  Often, it is at this time that home owners and residents notice the effects of settlement and/or frost heave with regards to improperly embedded shallow foundations.  Typically, structures supported by these foundations include summer cottages, sheds, porches, entryways, decks, and site features such as walkways and short retaining walls.  Some indications of settlement and/or frost heave include cracks in foundations, uneven floors or roof lines, leaning walls or foundations, cracks in interior and exterior wall coverings, and separation of a substructure from a main building (i.e. porch from house).