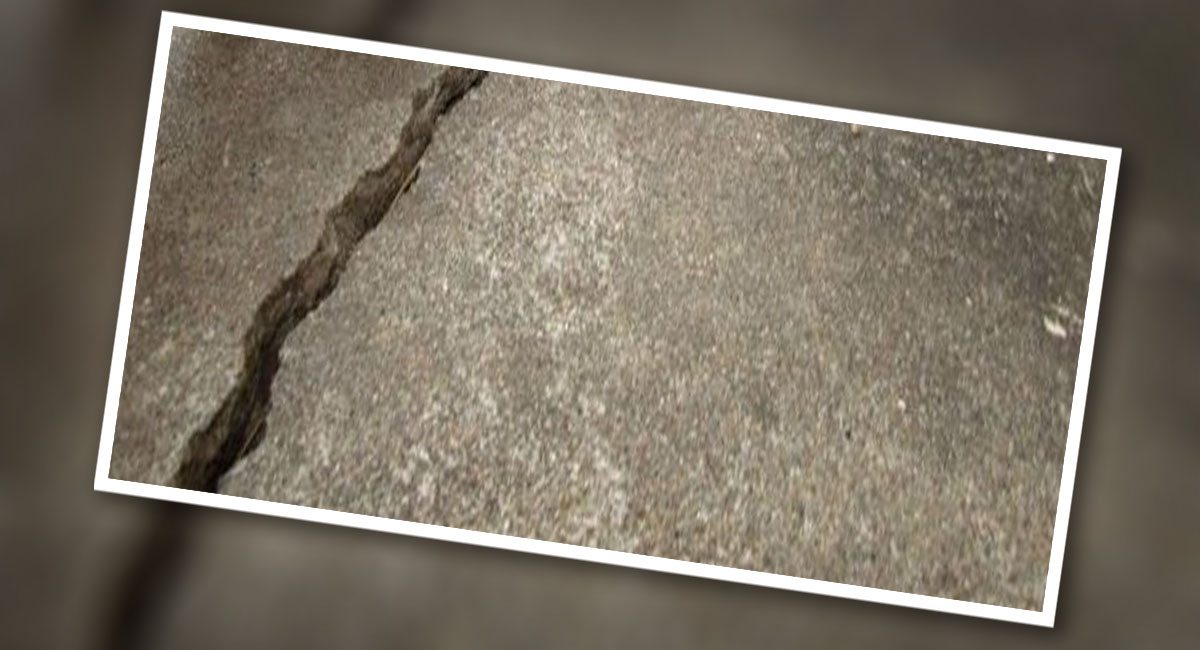 “Hail has damaged my concrete driveway!” How many times have you heard this claim? A homeowner whose house has experienced a recent severe hailstorm starts to notice things they never noticed before around their house. Chips of concrete from a fraction of an inch to several inches across and ⅛-inch to ¼-inch thick are sure to catch a homeowner’s attention … after a severe hail event.

Scaling is the most common winter damage to concrete surfaces. It is caused by cycles of freezing and thawing. Water is absorbed into the very fine capillary spaces in the concrete, and when the temperature drops, this absorbed water freezes and expands. The expansion creates pressure that forces flakes of the top layers of concrete to loosen from the surface. As the temperature fluctuates from below freezing to above freezing, this process is repeated. Deicing products can increase the number of freeze-thaw cycles. Chloride deicers, such as calcium chloride (CaCl) and sodium chloride (NaCl), do not chemically attack concrete in commonly used strengths.

Several studies have reported that exposure of concrete surfaces to magnesium (Mg) compounds (commonly found in some deicers) can contribute to deterioration of the concrete structure.(1,2) A two-part study in the publication from Concrete International (CI) reported that common deicers such as NaCl and CaCl should not cause scaling in good-quality concrete.(3) But the CI study also warns about the ability of Mg to chemically attack concrete: “A magnesium chloride-based deicer can cause a chemical attack even in a properly air-entrained concrete and soften the surface by forming magnesium hydroxide (brucite) and decomposing the calcium-silicate-hydrate component of Portland cement hydration (the main cementitious component of concrete) into a soft, friable product called magnesium-silicate-hydrate. Deicers containing ammonium sulfate or ammonium nitrate also attack the cement paste and should be avoided.” The extent of damage caused by the Mg deicer would depend on the concentration of the Mg ion in the deicing product and the number of applications. The extent of damage could only be confirmed by testing and analysis of concrete core samples.

Other stressors reported to be related to scaling include exposure to ammonium fertilizers and improper installation (too low/high of temperatures and finishing). Freeze-thaw damage can be reduced or prevented by using air-entrained concrete.

Air-entrained concrete has purposely incorporated micro-bubbles that allow the expansion of the ice crystals into the bubble instead of creating pressure stresses that fail the concrete bond. Six to seven percent has been reported as an optimum level of air-entrainment, depending on the expected freeze potential of the location.(4) The concrete mix used at a subject location may have included air-entrainment, but the specific content cannot be determined without coring the slab and testing it.

Although surface scaling is primarily cosmetic and does not significantly degrade the functional structural capacity of the concrete slab, it may be considered an aesthetic defect and, in severe cases, lead to further deterioration of the slab due to accelerated weathering. Resurfacing the concrete slab with an appropriate concrete dressing can effectively hide the scaling and increase the slab’s freeze-thaw resistance.